We’re Going On A Bear Hunt

We’re Going On A Bear Hunt 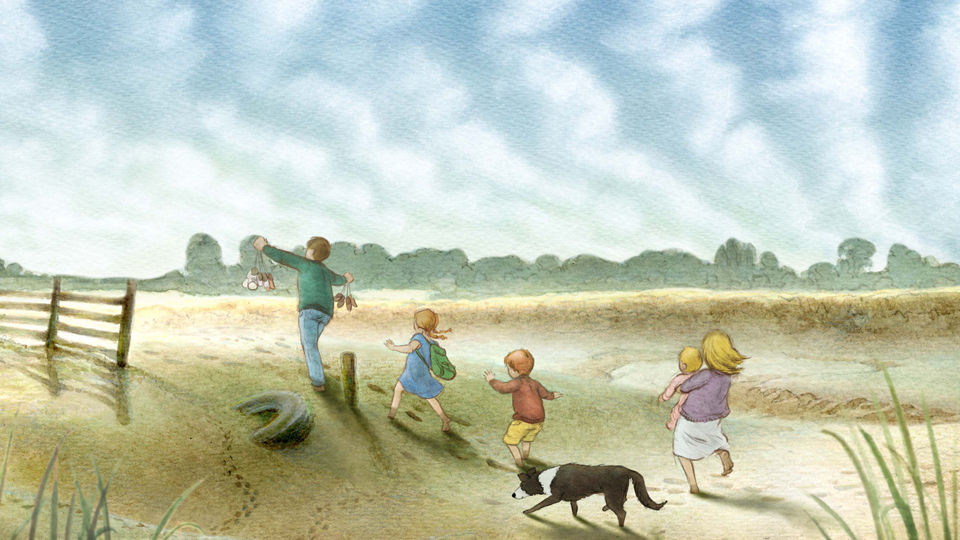 Lupus Films, Walker Productions and Union Media secured the sale of their storybook adaptation animated special We’re Going on a Bear Hunt to leading French broadcaster Canal+ for its preschool channel, Piwi+. The French title is La Chasse a l’Ours, in line with that of the French edition of the popular book by Michael Rosen and illustrator Helen Oxenbury.

The special was sold to ABC in Australia, SVT in Sweden, NRK in Norway and YLE in Finland. Union Media handles distribution (MIPCOM stand P4.B1). The special premiered on Channel 4 in the UK in 2016, and aired in France and other territories in 2017.

We’re Going on a Bear Hunt follows the intrepid adventures of siblings Stan, Katie, Rosie, Max and the baby and their pet dog Rufus, who decide one day to go on an adventure through the countryside in search of bears. The hand-drawn animation brings to life the story and artwork of the 25-year-old classic bedtime story, and is set to enchant a whole new audience with its story of perseverance, optimism and a love of nature.

Co-directed by Joanna Harrison and Robin Shaw, We’re Going on a Bear Hunt is a Lupus Films production in association with Bear Hunt Films, Walker Productions and Herrick Entertainment for Channel 4. It is produced by Ruth Fielding and Camilla Deakin with Norton Herrick as executive producer for Herrick Ent., and Helen McAleer and Julia Posen as executive producers for Walker Prod.