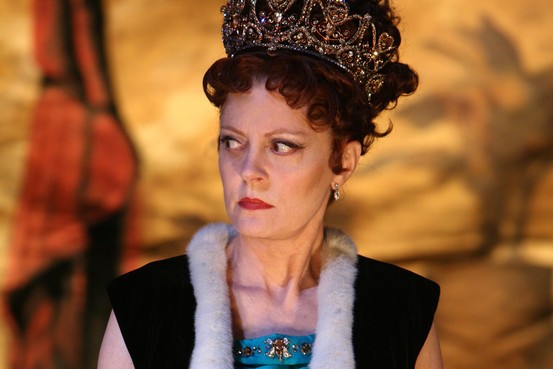 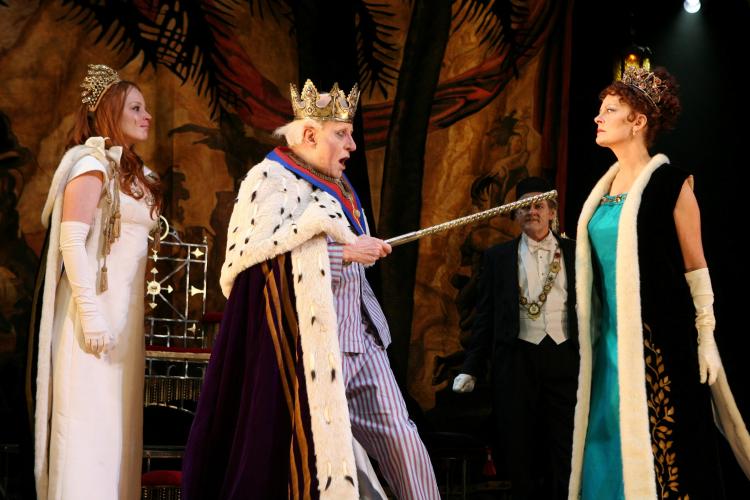 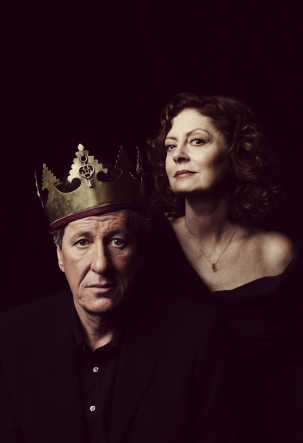 Norton Herrick is a producer of the hilarious new translation of Exit The King, the classic Eugene Ionesco comedy.

Don’t miss this magnificent theatrical event that joins two of the finest actors of our time with one of the great comic plays of all time.

“BRUTALLY FUNNY. This has to be the liveliest death on record, brought to life like a FIRE-TRAILING COMET by Geoffrey Rush. His KNOCKOUT portrayal is hilariously spastic. The rest of the cast follows him in style. Lauren Ambrose’s overripe emotionalism is the perfect counterpoint to the acerbic pragmatism in Susan Sarandon’s sustained coolness. Andrea Martin is SUPERB. The presentation is GENIUS, luring us into raw and very real emotional territory.”
-Ben Brantley, The New York Times

“EXHILARATING. GEOFFREY RUSH ascends to BROADWAY ROYALTY! Making his Broadway debut in what is possibly the ODDEST, FUNNIEST agony in the history of the theater, Rush is never less than VIRTUOSIC!”
-Elisabeth Vincentelli, New York Post

“SEE IT BY ALL MEANS! This STERLING revival is a PRODUCTION OF RIP-SNORTING VITALITY. GEOFFREY RUSH’s performance is THE STUFF TONY’S ARE MADE OF! And the supporting ensemble leaves little to be desired. Exit the King is THE REAL THING!”
-Terry Teachout, The Wall Street Journal

“We haven’t seen a star turn like this in quite a while. Geoffrey Rush manages a MESMERIZING high-wire act of balancing OUTRAGEOUS COMEDY and overwhelming tragedy in A FASCINATING revival, INVENTIVELY directed by Neil Armfield. A very funny woman, the raucous Andrea Martin brings a burlesque zest to the proceedings, a sense of fun that is not only verbal but physical.”
-Michael Kuchwara, AP

“GEOFFREY RUSH is ASTONISHING. He unleashes a DAZZLING arsenal of mime, clowning and physical techniques to swerve in an instant between comedy and pathos, keeping the audience riveted to him through every hairpin turn. SUSAN SARANDON is an arresting ice queen — she MESMERIZES. LAUREN AMBROSE is RADIANT, climbing to melodramatic heights without fear. ANDREA MARTIN’s gift for physical comedy has rarely been better utilized.”
-David Rooney, Variety

“GEOFFREY RUSH earns the crown for Broadway’s most entertaining despot! Whether he’s pratfalling, silly dancing, panicking or just sitting there, he commands an incredible arsenal of acting techniques, knocking us dead in this TOUR DE FORCE! This fine production is funny and moving, much like life itself.”
-Roma Torre, NY1

“TRULY REMARKABLE! YOU MUST SEE IT! Incredibly fine acting. You will be ENTHRALLED by Mr. Rush’s performance. Susan Sarandon does a PERFECT TURN. Some of the BEST SCENES EVER STAGED. Rush to the theatre and get tickets!”
-David Richardson, WOR Radio